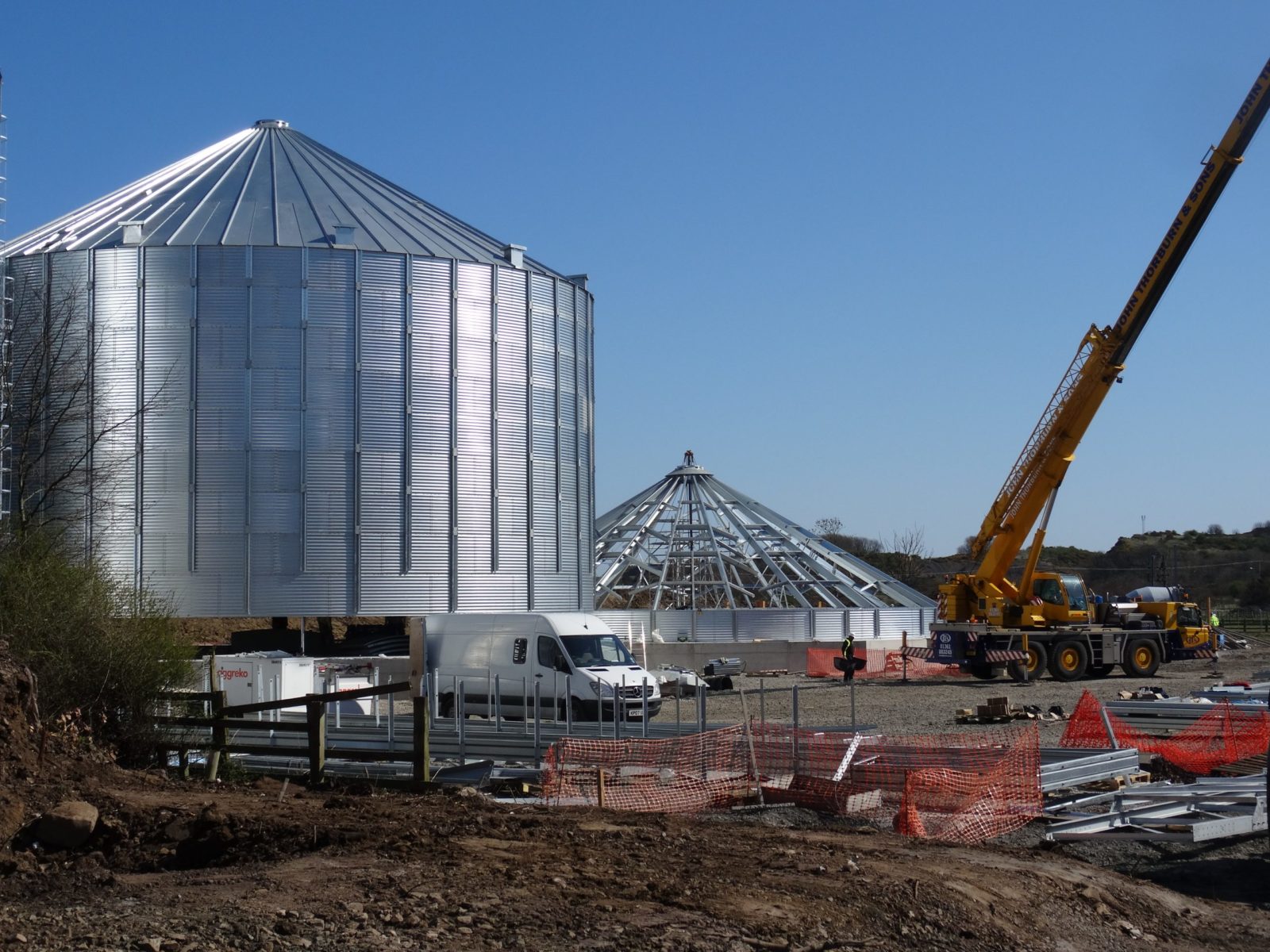 Tees REP (renewable energy plant) in Middlesbrough will be one of the world’s largest biomass power stations, burning sustainably sourced wood chips and pellets imported from mainland Europe and the USA. The station will burn 1,100,000 tonnes of wood pellets per year.

A major component of this massive installation are the 16 x 28 metre silos that will store 50,000 tonnes of wood chips. Two building companies had already failed in the task of erecting the silos. They lacked jacking systems of sufficient power. In fact, silo erectors with such capacity are few and far between so this part of the project had to go on hold until an appropriate contractor could be found.

Responsible for the overall construction of the facility was Spanish builder, Técnicas Reunidas (TS). TS was made aware of Pridamach’s capabilities and contacted them proposing to hire their jacking system. Since the silos in question are amongst the biggest ever built, health and safety considerations were critical so Pridamach would not risk putting such specialised equipment into the hands of less qualified people.

Jayne Moore, director at Pridamach comments: ‘We do offer a supervision service where a building company has its own crew and jacks but needs a supervisor on site. That can be useful in terms of ensuring the health and safety of workers and keeping a project on track. But renting out our jacks is a different proposition entirely and not something we could do with a clear conscience.’

Instead, Pridamach proposed that they provide their construction services. With their vast experience and unsurpassed expertise in large scale projects, Pridamach had the potential to kickstart this complex build and complete the contract in full.

Realising that there was no one better for the task, TS was delighted to award Pridamach the contract. Pridamach already had fifteen hydraulic jacks with a joint capacity to lift 150 tonnes, so they increased that capacity to 210 tonnes by adding six more. As a result, Pridamach had the expertise, health and safety record, and the power to undertake the work.

Jayne Moore comments: ‘Our jacks are safer and more powerful than the ones used by anyone else in the UK. We designed and developed our jacks for the specific purpose of silo construction.’

Whilst Pridamach’s equipment enabled them to work on such a massive project, their work ethic also means that they could keep to their schedule despite the Covid-19 pandemic. Working outdoors, regular testing, and strict adherence to rules of social distancing and hygiene ensured that work could proceed while keeping workers protected.

Tees REP will generate 299 megawatts of electricity providing energy for 600,000 homes. It is expected to save 1.2 million tonnes of carbon dioxide per year, accounting for 5.5% of the UK’s
renewables target.